“The USGA is pleased to bring the U.S. Mid-Amateur Championship to the state of Florida for the first time,” said Thomas J. O’Toole Jr., USGA vice president and Championship Committee chairman. “Mid-amateur golfers are central to the USGA’s mission as evidenced by the recent announcement of the inclusion of at least two mid-amateur players on this year’s USA Walker Cup Team. In 2015, John’s Island Club will serve as an outstanding host for this national amateur championship.”

John’s Island Club, located 90 miles southeast of Orlando in Indian River County, will host the U.S. Mid-Amateur Championship on its West and North Courses. The West Course, designed by Tom Fazio, opened for play in 1989. It will be the site for both stroke-play qualifying and match play. The North Course, a Pete Dye design which opened in 1973, will be the companion stroke-play course for the championship.

“Hosting the first USGA championship on Florida’s Treasure Coast is a great honor for both John’s Island Club and the City of Vero Beach,” said Ted Berghorst, the club’s president. “Set in the dunes, John’s Island’s West Course represents golf design at its finest as no successive holes play in the same direction. The members of John’s Island and the entire Vero Beach community look forward to a great championship.” 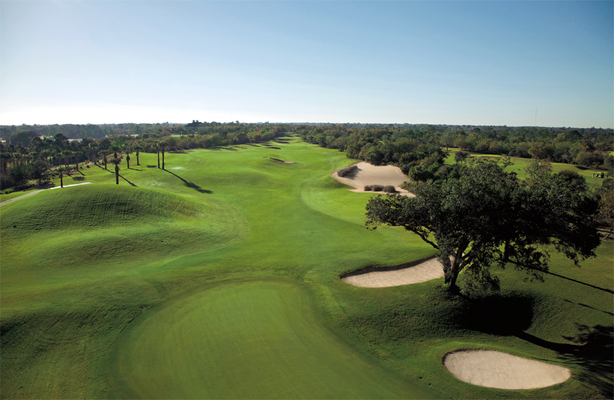 The USGA is a global leader in the development and support of sustainable golf course management practices. It serves as a primary steward for the game’s history and funds an ongoing “For the Good of the Game” charitable giving program. Additionally, the USGA’s Course Rating and Handicap systems are used on six continents in more than 50 countries.

For more information about the USGA, visit www.usga.org.